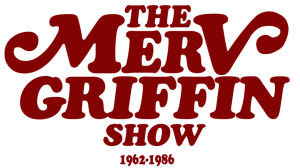 “Some of the most astonishing moments in the history of American television. For those who never saw Griffin’s work, this collection is a major game changer. And for those who remember him during his prime, it offers a much-needed blast from the past when TV talk shows had guests of genuine value and hosts that knew how to put on a great show.”

“This set is arguably the most important archive of American culture to be released all year…This is a must-own collection.”

“Johnny Carson, NBC’s late-night host of the ’60s-’90s, has long been hailed as the king of network-era TV talk… But now comes an astonishing new DVD set to challenge conventional wisdom. The 12 discs of The Merv Griffin Show — 1962-1986 showcase a whole other contender —one more relaxed, arguably wider-ranging, certainly more freewheeling and emotionally candid.”

“Griffin hosted a frequently fascinating talk show, over which he presided with a canny mixture of modesty and manipulation.The Merv Griffin Show box contains valuable glimpses of personalities who should not be forgotten.”

Critic’s Pick. “The chronological arrangement of the 12-disc, 42-hour set is the right one: This is history, a chronicle of rapidly changing times that puts you right inside them. The mix of personages and personalities is striking and unpredictable.”

“The Merv Griffin Show, 1962-86 DVD boxed set is arguably the most entertaining and eclectic show business celebration ever produced.”

“Whatever or whoever was important at any point in time during his broadcasting career, Griffin was there to speak about it or talk to them. And Reelin’ In The Years Productions put together 42 hours of remarkable interviews and guest spots from Griffin’s nearly 25-year talk show run…an essential addition to my collection. MPI and Reelin’ In The Years offer us an extraordinary experience here!”

“The Merv Griffin Show provides a fascinating window into American pop culture and politics in the second half of the 20th century. Much of that has to do with Griffin’s ability to step back and give his guests room to roam, evident in the new 12-disc DVD box set of Griffin programs released last week by MPI Media Group and Reelin’ In The Years Productions”

“The discussions are relaxed, respectful and informative and never cloying the way so many interview shows are today. There’s also some great music. It’s a really terrific collection and anyone interested in the culture of that period will find it a rewarding one.”

“It is, without a doubt, one of the must-have DVD sets of the year and a treasure trove of nostalgic goodness for anyone interested in American popular culture and history.”