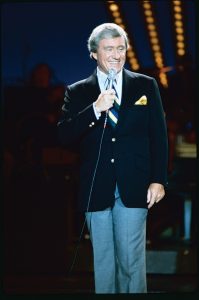 In one of his last interviews (originally running in September of 2006, less than a year before his passing), Merv shared some witty and real thoughts with Esquire Magazine.

A few of his most well-loved quotes come from this very article including, “I know that when I get bored, no matter what I do on television, they’re gonna get bored.”

Have a read and get to know a few things about Merv you may not have heard before – including that he was a fan of American Idol (we suspect he’d be happy about the upcoming reboot on ABC).